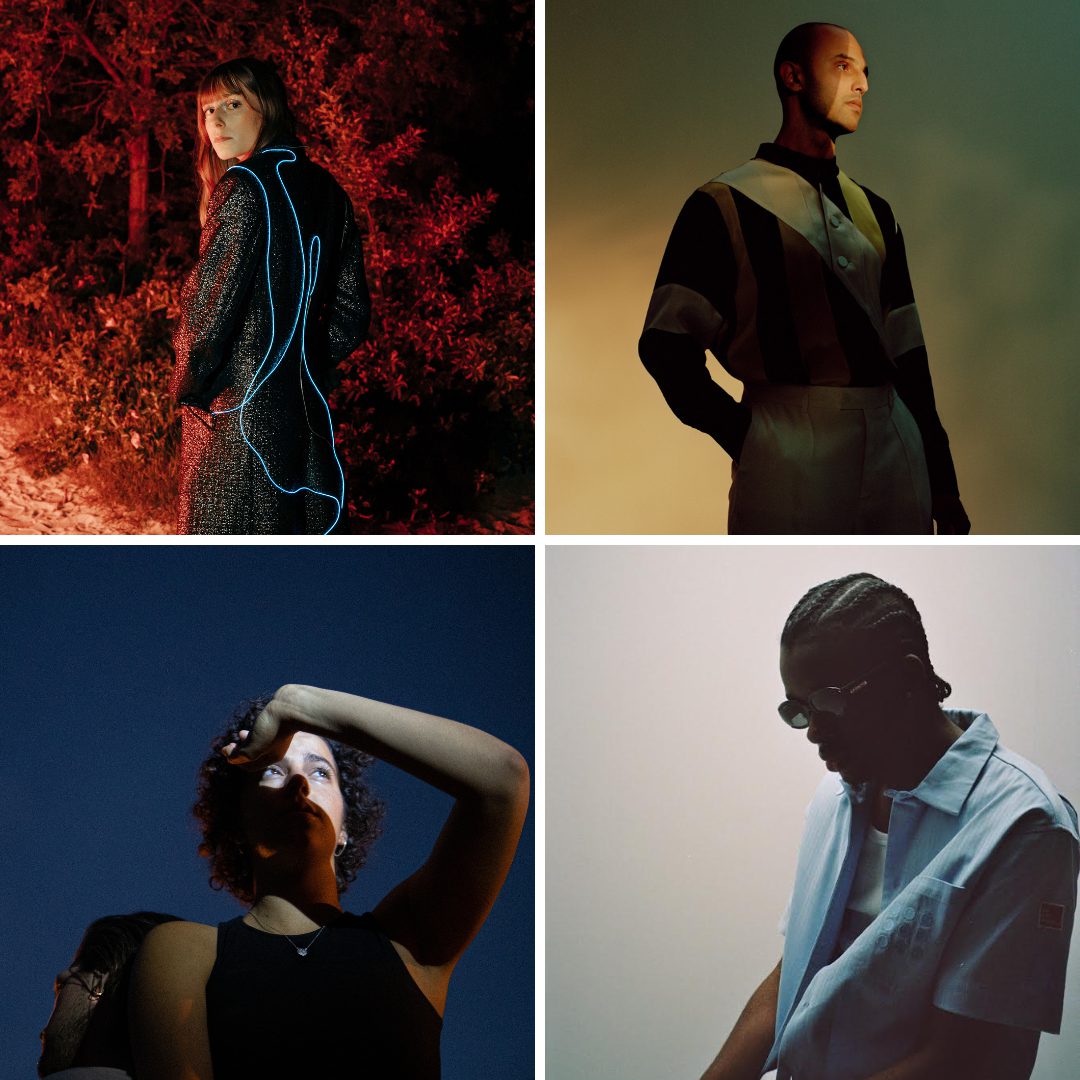 From Berber songs in tachelhit to torch songs from Flanders: once again, Festival Tweetakt is presenting a broad range of musical acts. This article tells you more about the second batch of names. This year’s music programme can be visited for free, and centres on two locations: one in the bustling heart of the city on Neude square, and another amid the lush green at Fort Ruigenhoek. Want to know more? Then grab our Spotify playlist and start listening straight away.

Ferdous | 2 July // 22.00 // de Neude
When the Afghan-Dutch artist Ferdous put out his latest single, it was picked up by the hip Parisian label Kitsuné (known for Parcels, Two Door Cinema Club, Bloc Party, Phoenix and others). Hardly a surprise, as his earlier project Klyne placed him in the limelight in no time (opening for the likes of Metronomy and Christine and The Queens). Ferdous was clearly born to be a big hit. So the question isn’t if he’ll be reaching an audience of millions with his melancholy electronic songs, but when.

Wytiki | 30 June // 20.30 // de Neude
Wieteke Wijte has written songs for and performed with Dutch artists such as Eefje de Visser. Wytiki is the first project she’s doing all for herself, drawing inspiration from Bon Iver’s music and Radiohead. The Flemish music platform Dansende Beren says her music makes you feel as if you’re ‘floating among pastel colours and shimmering lights’.

Tyrone Marcio | 25 June // 20.30 // Fort Ruigenhoek
The boy’s not a day over 18, and he’s already worked with Ronnie Flex and Yung Nnelg. Tyrone Marcio’s debut EP has just dropped: Simpele Ziel. This title, which translates as ‘a simple soul’, paints a pretty good picture of what to expect from his R&B-songs: no flex, no faff, just plain and honest lyrics about his state of mind.

The Zenmenn | 8 July // 22.00 // de Neude
Visit the Zenmenn’s Facebook page, and the first thing you’ll see is an image of paradise as their banner: blue skies and lush flowers. Fitting, because their dreamy songs with titles like ‘Bamboo Garden’ and ‘Homage To A Friendship’ evoke a carefree sense of spatiousness. The Zenmenn themselves describe their debut album as ‘a heavenly gumbo of wellness music’.

CHARLOT | 7 July // 20.30 // de Neude
CHARLOT combines warm synthesizers with front woman Lotte Mulder’s serene vocals to create music that takes its cue from artists like Regina Spektor, Agnes Obel and AURORA. The resulting songs are mysterious, hazy and just slightly sinister. This spring, the band is one of the support acts for Froukje.

So-Fi | 10 July // 16.15 // Fort Ruigenhoek
In So-Fi’s autobiographical songs, the sufferings of life are viewed from the romanticised angle of her summery drum(computer)beats. It makes the sorrows somehow immediately bearable. And if the cheerful music itself is not enough to make all your troubles go away, you can always turn to her lyrics for valuable life lessons. One example: ‘The little things, just notice them, you’ll be amazed.’

Thor Kissing | 9 July // 20.30 // Fort Ruigenhoek
The Daily Indie says Thor Kissing is ‘not necessarily a good vocalist, but he compensates for his suboptimal vocal performance with a creative brain that will prove a unique place to dwell for most listeners.’ Listen to his albums, and one minute you’ll be in a classroom among nine-year-olds, the next you’ll be swimming in a sea of urine, only to find out what you can cook with spicy Indonesian pepper paste in the next song.

Farid Ghannam & The Cosmic Carnaval | 26 June // 17.45 // Fort Ruigenhoek
With his strong voice and guitar playing on the guembri, Farid Ghannam captured Moroccan hearts among fans of traditional gnaoua and Berber tachelhit. When Ghannam first got together with the Rotterdam-based The Cosmic Carnival at a festival in Casablanca, it was a match made in heaven. At Tweetakt they’re playing symphonic pop accompanied by Ghannam’s vocals and guembri (traditional bass guitar).

Muylike | 8 juli // 20.30 // de Neude
Muylike is a band centred around Stijn Post, the songwriter and producer from Utrecht. His studio is the birthplace of sunny, up-beat indie pop songs with peppery harmonies and melodious guitar parts. His debut album The Wait Is Over is set for release this year. At Tweetakt you will be the first to hear the new songs.

In collaboration with Vlaams Cultuurhuis De Brakke Grond, Tweetakt presents an exciting line-up of Flemish acts that deserve to gain a foothold in the Netherlands.

Willy Organ | 9 July // 21.30 // Fort Ruigenhoek
‘Those of you who don’t know me must have spent the past eighteen months sleeping under a rock,’ says Willy Organ. And he’s right, because he’s become a bit of a phenomenon with his deeply unique brand of torch songs and slightly absurdist shows. He even has a devoted fanbase that call themselves ‘The Church of Willy’. His latest album is yet another downtrodden and sad affair, but don’t let that keep you from dancing.

Ão | 1 July // 21.30 // Fort Ruigenhoek
The meaning of “Ão” depends on how you pronounce it. It can be something painful, something beautiful or something sad, a phrase expressing a sense of wonder, or complete nonsense. Which of these meanings applies most to this band changes with each song, but in each of them you’ll hear South-American guitar sounds, groovy percussion and mesmerising vocals in Portugese and  English.

In collaboration with 3voor12 Utrecht, Tweetakt presents a whole night of talented Utrecht-bred acts at Fort Ruigenhoek on 8 July.

Doagamo | 8 July // tba // Fort Ruigenhoek
Rapper Doagamo creates music that’s somewhere between hiphop and dance. Urban life is a major inspiration to him. On his album covers you will see him roaming the Utrecht streets, in songs like ‘City Boys’ and ‘Voor de City’ he raps about his strong sense of connection with his hometown and the night life there.

Benoit | 8 July // tba // Fort Ruigenhoek
Rapper Benoit has been making melodious, highly danceable music in English for years. Now for the first time in his career, he’s working on a string of songs in Dutch. In these songs Benoit talks about what it’s like to be diagnosed with DCD, a developmental disorder that affects motor skills, which happened to him as a child. He talks about the setbacks DCD gave him and about how he found the motivation to deal with it.

In an earlier release we announced the other acts for this evening with 3voor12 Utrecht.
Flevoland • Go Fishing! • Géonne Hartman

Can’t wait to find out what all this music sounds like? Then go grab our Spotify-playlist and start listening now. Our music programme overview tells you when and where you can catch these acts live.