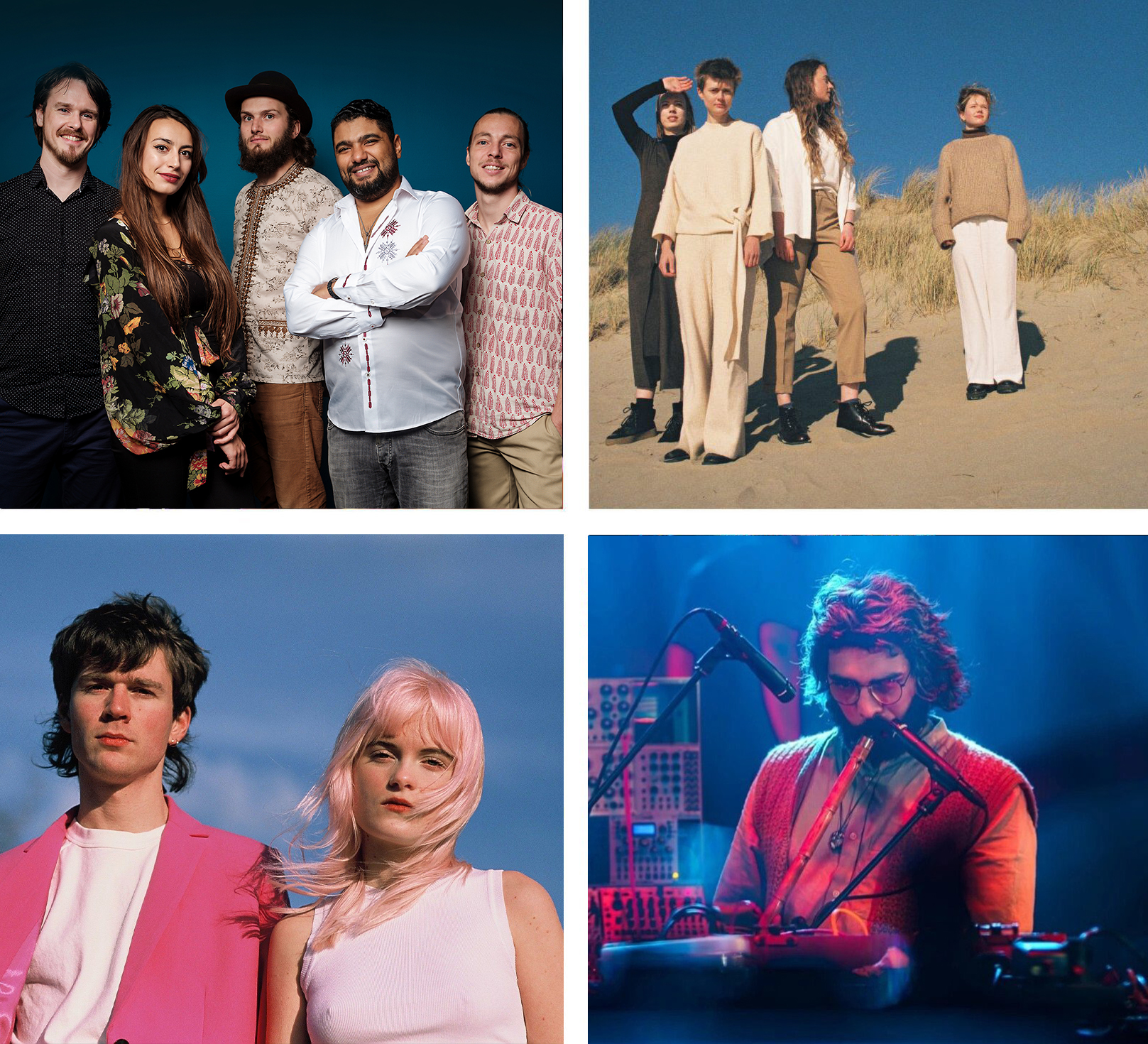 From traditional Amazigh music from the Rif region to Dadaist pop songs from Flanders: once again, Festival Tweetakt is presenting a broad range of musical acts. This year’s music programme can be visited for free, and centres on two locations: one in the bustling heart of the city on Neude square, and another amid the lush green at Fort Ruigenhoek. This article tells you all about the various bands and artists. Want to know more? Then grab our Spotify-playlist and start listening straight away.

Elephant
The 4-piece Rotterdam-based band Elephant describes their songwriting as ‘sun-drenched melancholy in a major key’. The band made a big impression at this year’s Noorderslag (ESNS) in January, described by De Volkskrant as one of the festival’s greatest musical discoveries. Their first album, Big Thing, is set for release this spring.

Loupe
Loupe consists of three members from the now defunct dream-pop indie act Dakota. The dreamy aspect is still there, although Loupe’s sound is bigger and has a more rocky feel. A case in point is the band’s highly catchy single Too Soon. The four songs on their debut EP reveal a clear overarching theme: they all deal with the search for peace amid the whirlwind of life.

FAST DE
FAST DE is the new band formed by composer and bassist Daniël Eskens, who you may know from Jo Goes Hunting. The release of their first single, Miss Trutti Finally Found Her Jam, is a fact. If pushed to pinpoint their sound, we’d say something along the lines of ‘experimental, psychedelic electronic jazz’. Anyway, it’s best to check it out yourself.

Marzio Scholten
Marzio Scholten (known for acts like Opera Alaska) is presenting his latest solo album Ruis. It’s an intimate affair for which Scholten collaborated with Spinvis and others. Onstage, the versatile guitarist conjures up the same intimate atmosphere as you’ll find on the album. Expect an imperfect instrumental dream world composed of improvisation, loops, sound poems and short compositions.

Brik Tu-Tok
Brik Tu-Tok from Ghent present pop songs with a definite Dadaist vibe. Their live act takes you on an extraordinary trip. There’s a surreal theatrical stage act by performers dressed in Futurist costumes. But it’s not a gimmick: behind the absurdism, you can expect to find brightly shimmering poetic lyrics, fascinating streams of thought and some complex storytelling. Their EP The Giggle Gallery is a polished yet rough-around-the edges collection.

NONCHELANGE
NONCHELANGE creates Dutch-language rap-oriented indie pop. His songs often focus on his view on the harsh realities of life, which can be sometimes absurdist, intermittently narcissistic and often light-hearted. NONCHELANGE is always direct, as is demonstrated in lyrics like ‘iedereen is lelijk als je maar lang genoeg kijkt.’ (‘everyone is ugly if you look long enough’)

Cowboy op de Fiets
Sam van Hoogstraten is the frontman of indie pop band A.M. Sam. As a side project, he has been making indie songs for children and their parents since last year, as Cowboy op de Fiets. To the cowboy, everything is an adventure: from running into an army of ghosts to going to the bakery.

Judy Blank
Life ain’t always a picnic, as Judy Blank well knows. Her EP Saddies, which deals with themes like mental pressures, anxiety and FOMO, came out last April. Despite the heavy themes, her polished folk tunes never bring her listeners down. Instead, they conjure a playful, light-hearted and dreamy atmosphere.

On 8 July, Tweetakt is joining forces with 3voor12 Utrecht to present an evening of all Utrecht-based talented bands at Fort Ruigenhoek.

Flevoland
The irony is duly noted: while the evening is based on all Utrecht-based bands, we’ve invited an act called Flevoland. But even though their name suggests differently, this two-man boyband really does hail from our own province. The landscape of Flevoland, with its reclaimed lands stretching all the way to the vast horizon and its endless views, forms a major inspiration for the duo’s songs about solitude and emptiness.

Go Fishing!
The cover of the single Zone shows a pair of wellies, drawn in felt tip in contrasting primary colours. But don’t expect autumnal-sounding songs with bright contrasts: the music is anything but rainy. The vibe is that of long, lazy summer afternoons, stretching out into the night. Bart van der Elst, who you may know from acts like Indian Askin, started this band with his girlfriend in their own living room.

Géonne Hartman
Singer-songwriter Géonne Hartman writes intimate folk songs about the sea, the mountains and first love. Her singles have truly beautiful covers that show incandescent flowers luring you to the dark bottom of the ocean. They are an apt illustration of the atmosphere in her songs, as Géonne’s voice draws you into a different world: a fairytale landscape of vocal harmonies and beautiful melodies, but rough and dark around the edges.

Imetlaâ
Imetlaâ makes traditional Amazigh music from the Rif region, but infuses it with countless other sounds and musical styles. The result? Swinging crossovers spiked with Latin, dance and rock influences, tackling big themes like homesickness, hope, and unattainable love.

Cengiz Arsanpay
Composer Cengiz Arslanpay owns a huge collection of flutes in all shapes and sizes and from a wide range of cultures and continents. He plays them all, but he really comes into his own when he plays the Ney (a reed flute). In his music, he mixes his flutes and other more traditional instruments with electronic sounds.

Superlandaya
The African jazz and blues band Superlandaya played years ago on the biggest stages of Guinea, the homeland of frontman Amara Diabate. After a few years in Utrecht, he decided to breathe new life into the group and give it a more modern look. This is how he came to the current line-up of kora, sax, djembe and dundun.

Catching Cultures Orchestra
The Catching Cultures Orchestra is an orchestra from Utrecht that features a large horn section complemented with drums, ney, saz, derbouka, ud and vocals. Some of the musicians were born and/or raised here, while others are newcomers who came to Utrecht as migrants or refugees. The music they make consists partly of adaptations of classic and popular music from the Middle East, and partly of the orchestra’s own compositions, with influences from Utrecht and the musicians’ various countries of origin.

Can’t wait to find out what all this music sounds like? Go grab our Spotify-playlist and start listening now. In our program overview you can see where and when all acts are playing.