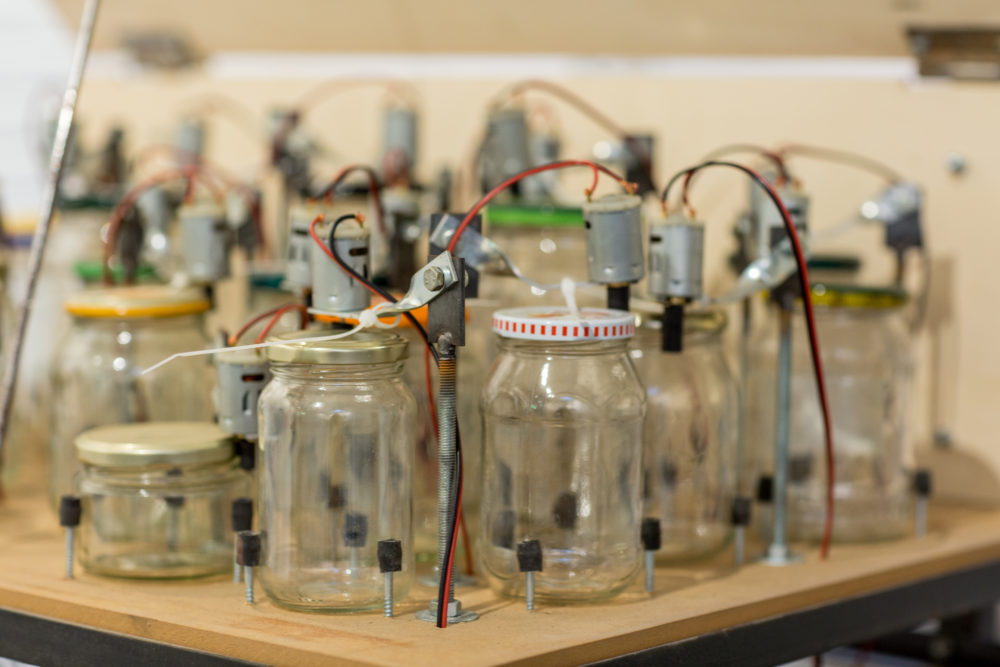 The fantastic and playable DIY-instrument Potdekselorgel by Karel van der Eijk was a big hit with audiences at Tweetakt 2019. By pressing organ keys visitors could play a collection of glass jars with metal lids that each produced a different tone. The air vents positioned around the organ in the same space produced a loud flute concert through a spectacular tube system made of binbags. And this year, Van der Eijk is back with a sound-producing work of art powered by mechanically moving objects.

Karel van der Eijk creates sound sculptures and installations that explain the relationship between object, sound and mechanics in amusing ways. Sometimes they are autonomous installations, like the ones with self-inflating monumental airbags that produce sounds when they shrink back. Sometimes they are instruments that can be played. Giving materials a second life, that’s what Van der Eijk does.

Just the other day he tinkered about with some home accessories from Action, which he brought to rattling life. He did this as part of the Kunst op de Koffie exhibition in Arnhem, which is like looking into the neighbours’ windows: artists show their work in a home environment, in collaboration with the people living there. Van der Eijk mounted a set of wheels to a coffee table in someone’s home, and used it to power the Action-accessories.

His latest work for Tweetakt is a sequel to this exercise. Now, the foundation is laid by a set of chairs. Van der Eijk was inspired by the Chinese terracotta army, but also by the tombs found inside the pyramids of Egypt. What happens to a person when they can open a space that has been closed for a long time? Images and objects discovered in excavations were ‘brought back to life’. Van der Eijk saw the same thing happening in the bunkers at Fort Ruigenhoek where he places a dozen images on chairs, turning and moving around. Come and explore, see and hear what’s happening! 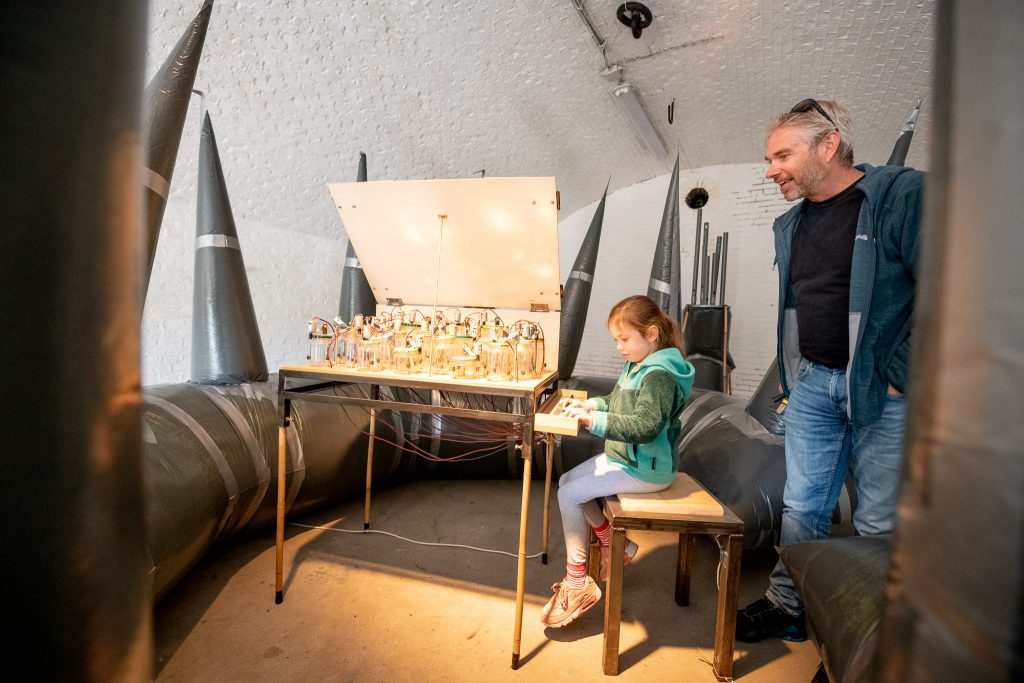 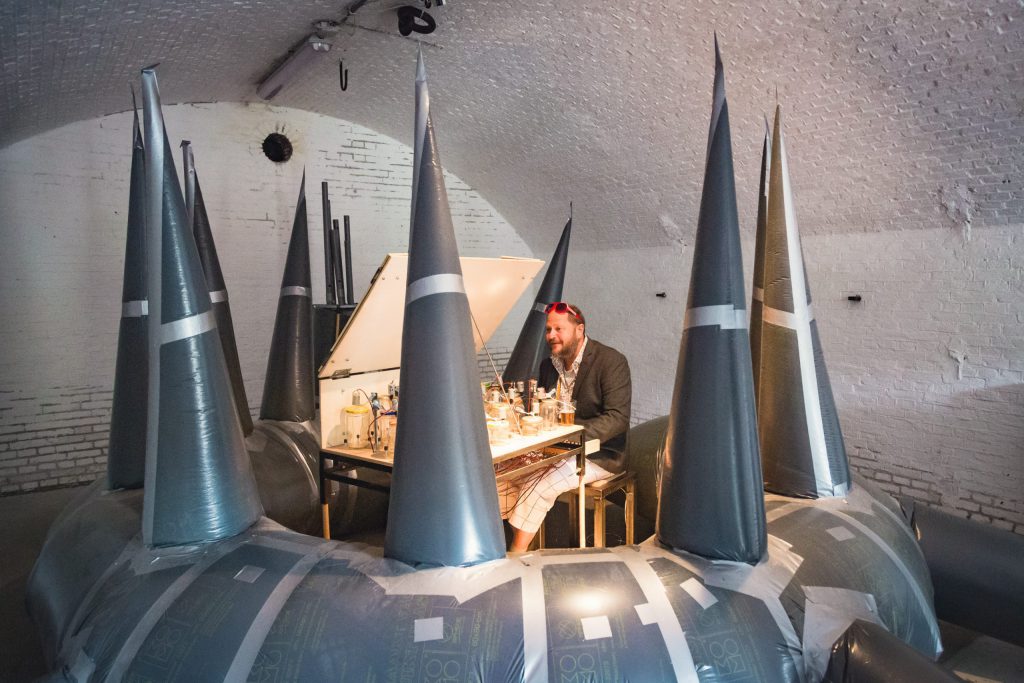 Karel van der Eijk graduated from the Kunstacademie in Arnhem in 1992.