On finding and being found

In a house somewhere in the big city lives a man. He shares his home with his cat, who has a will of its own. Every day, the man collects castoffs, objects that nobody wants. He brings them into his home and gives each and every one of them a new purpose. Until one day, the man fails to return home, and the objects seem to be lost once again…

Verloren Dingen (Lost Things) deals with the way we view the world. It is a show about seeing things that others would pass by without a second thought. Three performers bring puppets and objects to life, just like the man who breathes new life into his collection of objects. Ramses Graus is once again creating a visually strong performance with lots of music and very few words, bringing together laughter and poetry.

About the maker
Ramses Graus graduated as a theatre maker from the Utrecht University of the Arts in 1998. In 2001 he was part of the stand-up duo Rul which won both the jury’s award and the viewers’ choice award at the Leids Cabaret Festival. Graus has worked with a range of theatre companies (including the Utrecht-based Aluin), works as a director and teaches theatre. Since 2009 Graus, Monique Corvers and Gábor Tarján have formed the artistic team of Het Filiaal theatermakers. 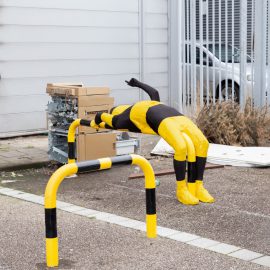