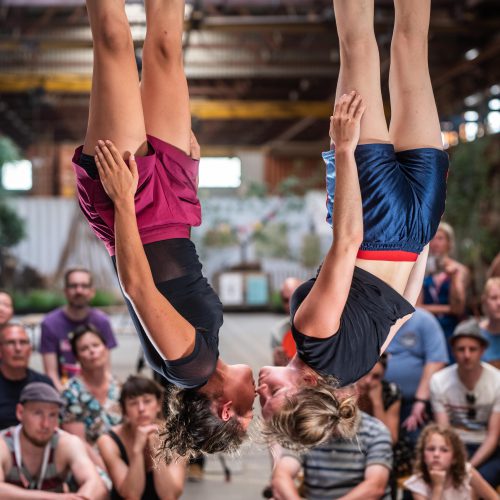 A bowling ball has a single purpose in life: to topple over as many pins as it can at the end of the shiny wooden bowling lane. What is left when you take away this environment? Screws, the latest show by Alexander Vantournhout, takes the relation between body and object and topples it over in different ways. Objects are tied to the body to offer support and grip, and help the performers keep their balance – or not. They allow the body to overcome gravity or feel its tug more forcefully.

Aided by things like ice climbing crampons, bowling balls and anti-gravity shoes, the dancers in Screws defy the laws of physics. Visitors feel like they’ve been taken straight into the research lab. On a walkabout tour they witness a number of mini-performances, from brief solos and duets to group choreographies.

Review
“We’d recommend everyone to check out for themselves how Vantournhout seems to invent a completely new form of balance by hooking one finger into a bowling ball and moving his centre of gravity. With grace, speed and astonishing control. Screws is already a summer hit.” – Het Nieuwsblad

About the maker
Alexander Vantournhout (Roeselare, 1989) studied at ESAC, Brussels. From 2010-2012 he studied contemporary dance at P.A.R.T.S, Brussels. Two constants in Vantournhout’s artistic journey are the search for the creative and kinetic potential of the body and the investigation of the many aspects of the relationship between artist and object.

In 2013 he worked as an actor with Rolf Alme, the founder of the Norwegian Theatre Academy, in Friedrickstadt. Since then, Alexander has predominantly created solos, notably Caprices (2014) and Aneckxander (2015). With Through the Grapevine (2020), Alexander Vantournhout returns to the theater and creates his first real duet. Aneckxander as well as Screws and Through the Grapevine were selected for the Theater Festival as one of the most remarkable performances of the season. 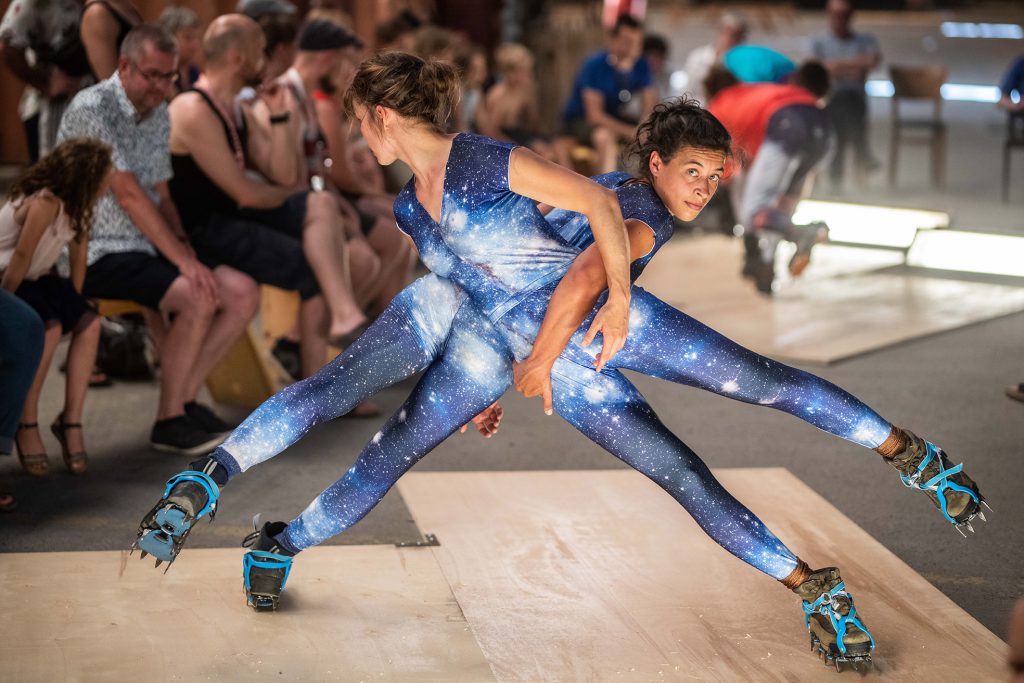 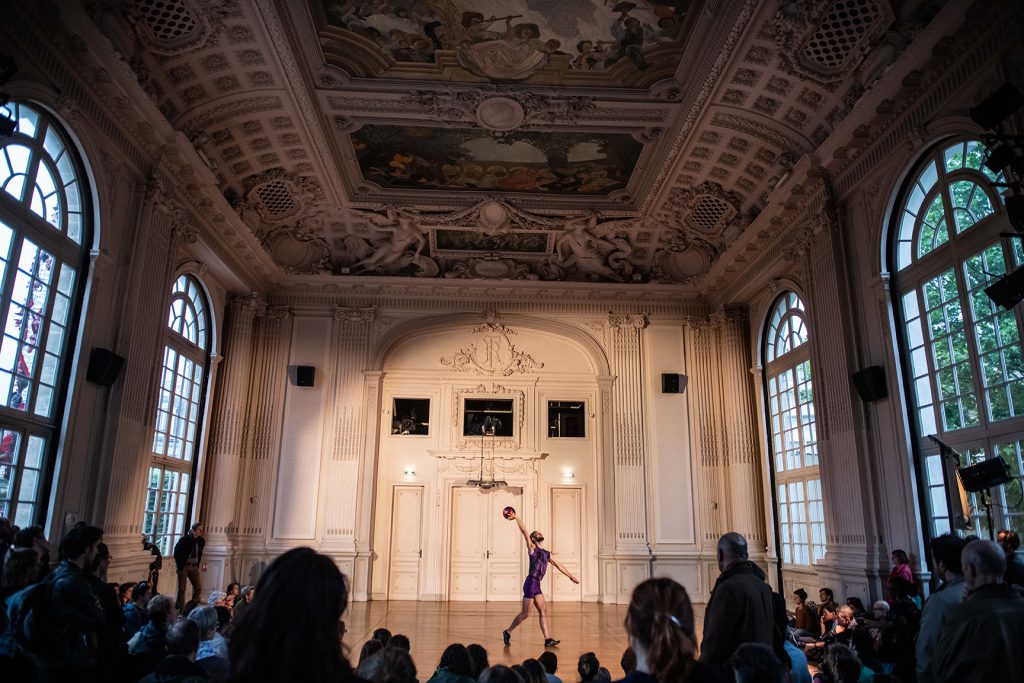