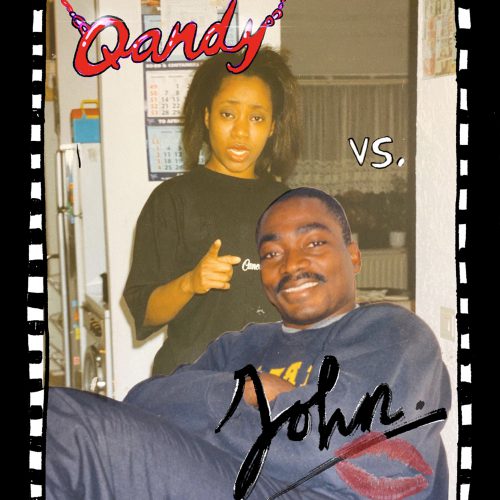 In Qandy vs John, Quiah Shilue pits two characters against each other. While one is progressive and fights for a world in which she is heard and seen, the other likes to see the world as it once was. Afraid of being overtaken by time and having to reconcile with a new future. Two world that couldn’t be more different from each other. But can they live without each other? What would it mean if one falls away? How much are you willing to sacrifice for a more equal world?

About the maker
Quiah Shilue graduated in 2019 from the Hogeschool voor de Kunsten in Utrecht. During her study, she developed several characters, including Qandy and John. Where Qandy is a foul-mouthed, bloody honest rap queen with a high ‘I don’t give a fuck’ content, John is a charming, an older ladies’ man who shares his honest opinion without hesitation. John has the best intentions, but always seems to miss the point. What is a man to do in a world where chivalry seems to be disappearing?