From now on, the cafeteria belongs to women.

Women and football – it remains a tricky combination. At least, to men, because even though the women’s team made it to the finals in the World Cup, won the European Championship and their Premier League airs on TV; women footballers are still heavily criticized. Not strong enough to score, too feminine for studs, too girly for slidings and too dim for tactics. Say it often enough, and they will start believing it.

DOX is ending its football trilogy, which started with Broek uit! and Schoppen (at Tweetakt in 2018), with De Zijlijn. An emancipatory show with 11 women. Oh alright, and 4 very unimportant men. It promises to be a spectacular show with foul, misogynist poetry from the men and violent physical countering from the women. All of it set inside the cafeteria of a real football club.

And for all those who are thinking: Really? Is this still necessary? Well: yes, it certainly is. As long as women can only play a real grass pitch if the men aren’t playing a game that month, you can’t really claim the two are equal?

This emancipatory show is aimed at 10 plus, for what is learnt in the cradle, lasts until the tomb. And for those men who are still with us at this point in the text: this show is more about you than you would think beforehand. You are incredibly welcome.

Theatre company BonteHond creates defiant, physical, accessible theatre shows for all ages. From its homebase in Almere it presents these in luxury theatres and at artistic festivals but also in cosy community centres and busy schools. They travel all over the world and defy being pigeon-holed.

DOX is THE homebase for talented young performers from different (sub)cultural backgrounds in Utrecht. At DOX, talent development and creating shows are indelibly connected. Over the past 18 years DOX has grown into a leading TYA-company with urban arts such as spoken word and hip hop as major inspirations. Their shows are praised by press and audiences alike. 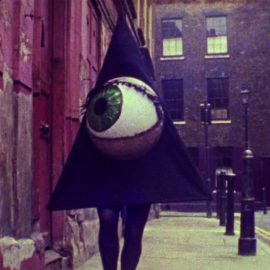