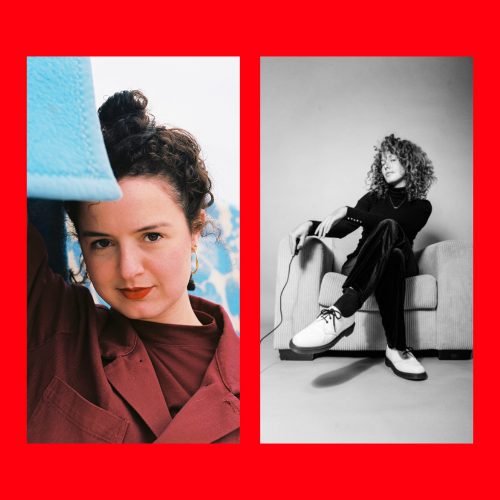 A beautiful double performance by Roufaida and Shana.

The North African diaspora resounds in Roufaida’s music. Inspired by artists such as Björk, Fairuz and Aldous Harding, Roufaida produces understated indie pop with guitar, guembri, vintage Riffian cassette samples and beats. She sings briskly, but vulnerable in English, Arabic and Riffian. On stage she creates her accessible and intriguing music all by herself, to let the listener get very close.

Under the name Southbound, Roufaida produced an EP in Copenhagen in 2015. She won the Grand Prix of Rotterdam and played the final of the Grand Prix of the Netherlands in Paradiso. Roufaida played support acts for internationally renowned artists such as Curtis Harding and Con Brio, and his own shows at festivals such as De Parade, Oerol and Motel Mozaique.

She could start a whole band on her own. The Amsterdam multi-instrumentalist, singer and composer Shana makes danceable and dreamy indie pop with influences from South American bossas, African grooves and jazz.

Her unreleased debut EP will be heard for the first time on Tweetakt. Expect a mix of Tune-Yards, Joao Gilberto and Polo & Pan.