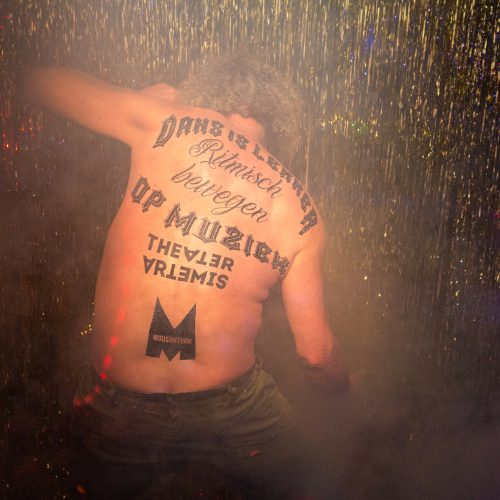 A dance performance of which we are a little ashamed

With a cast of only people over 40, Theater Artemis is venturing into a dance performing for the first time. Especially for a bunch of actors with no dance experience. They will try to hold back as much as possible, because it should not be an embarrassing performance.

This turns out to be easier said than done. Whipped up by infectious beats, fueled by a flashy lighting plan and in swinging outfits, they will have to do their very best. A secret dance step is easily made. But the cast knows: they move awkwardly, their steps are clumsy and they are definitely not sexy. That is why they promise: there will be no dancing in this dance performance.

About the makers
Artistic director Jetse Batelaan works at Theater Artemis in radical ways to establish a company that pushed boundaries and opens up new spaces in which to operate. He has received multiple prizes and awards for his work. In 2019 he received the Silver Lion at the Venice Biennale, an award for his innovative approach to theatre.

Theater Artemis is a pioneering theatre company for young audiences based in Den Bosch who perform in theatres and festivals around the Netherlands and abroad. Their work is brave, anarchic, interactive and often hilarious.

Dance is moving rhythmically to music or Tanz ist tolle rhythmische Bewegung zu Musik is the second co-production of Theater Artemis and Künstlerhaus Mousonturm. They previously made (…) Een voorstelling die schijt heeft aan zijn eigen vage titel, which won the Gouden Krekel for the most impressive youth theater production 2020-2021 and a nomination for the VSCD mime prize.